Yes, the Federal senator’s rejection of the proposed casino legalization was a blow. But this is far from taking the interest of the largest business groups in the world in the Brazilian market.

And the reason is obvious: Brazil has a huge potential in the consumption of the game in general and is geared towards that. 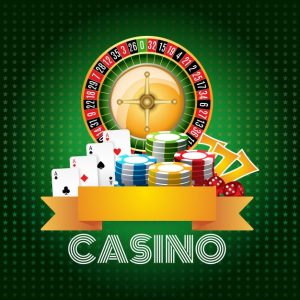 The main players in the market recognize that by barring the bill, the senator delayed the issue a little, but it remains. Mainly with the possibilities that open up in other ways, such as an approval of resort casinos via provisional measure.

Faced with this possibility, large companies naturally started sending executives to Brasília to start something that could be called the Casino Lobby.

Groups like Sands, which recently invested $6 billion in Singapore, MGM Resorts and Caersar already have professionals working in the nation’s capital to advocate for progress in legalizing casinos.

The interests of these groups are a little different from the original project. Thinking about creating tourism hotels and resorts they want a limited legalization allowed only to casinos. The path would be to legalize only hotel-associated casinos, requiring a minimum infrastructure structure from interested companies.

In the beginning, it would hardly be possible to create a Las Vegas here as the requirements would greatly limit those interested. Casino executives work with a number of 3 to 4 super casinos in the country.

But investments in them would initially exceed 10 billion reais. Lawyer Luis Felipe Maia, who is a specialist in the area of ​​gaming, says that the focus could initially be on the Southeast and Northeast

“There is market potential in São Paulo, Rio and the Northeast. It needs airport infrastructure.”

But the regulatory model will be crucial for companies to decide whether to invest or not, as legal certainty is crucial for such an amount to be placed in Brazil.

In the midst of this the sides keep fighting. While business owners act, advocates and critics continue to make their case. On the positive side are taxes, jobs, and the fruitfulness of the tourism industry in Brazil.

On the other side are the problems this can cause. The association of revenue auditors is against the initiative. According to spokesman Floriano Sá Neto, the problems would be greater than the solutions that the casinos would bring:

The debates are still intense and so are the interests. But the fact is that large groups are already operating in the country defending some interests and preparing a possible legalization.

It remains to be seen how it will happen, but that it must happen, it must.